Chat with us, powered by LiveChat
Steve Terry

Astutis' Managing Director, Steve Terry discusses his appreciation for Cycle to Work Day and invites us to take a step back to look at the wider environmental landscape.

On one bike commute last week, time seemed to stop.

My mind had zoned in on the actual functionality of the bike I was riding. I was analysing how each individual component part functioned perfectly in tandem with every other—the beauty of the chain flowing around the rings, flanked by two wheels. At the right speed, the wheel spokes started to blur creating a visual spectacle to behold.

Then you have the shape, with the wheels and the handlebar. It all just connects. It’s all one shape, nothing is separate. The complexity and sheer engineering brilliance of the cassettes seamlessly connecting to the derailleurs. I was in complete admiration for the universally adored bicycle.

It would be fair to say that for that thirty-second sequence of my Thursday morning commute, I had 'nerded out'.

Perfect timing too, as this week we celebrate Cycle to Work Day 2022. An event I value highly as it really does so much to highlight the benefits of cycling for society at a time when it really needs it. It promotes awareness regarding bike travel, not just to work but in general. It offers a platform for people to unbuckle their seat belts and jump on a bike which is not only beneficial for the environment but for our wellbeing too.

Science tells us that physical exercise is great for the mind, which is why it can become extremely addictive once you get started. Promoting any possible trend that benefits mental health is so important, that’s why today I will be donning the dreaded bikewear and putting on my helmet to support Cycle to Work Day 2022! 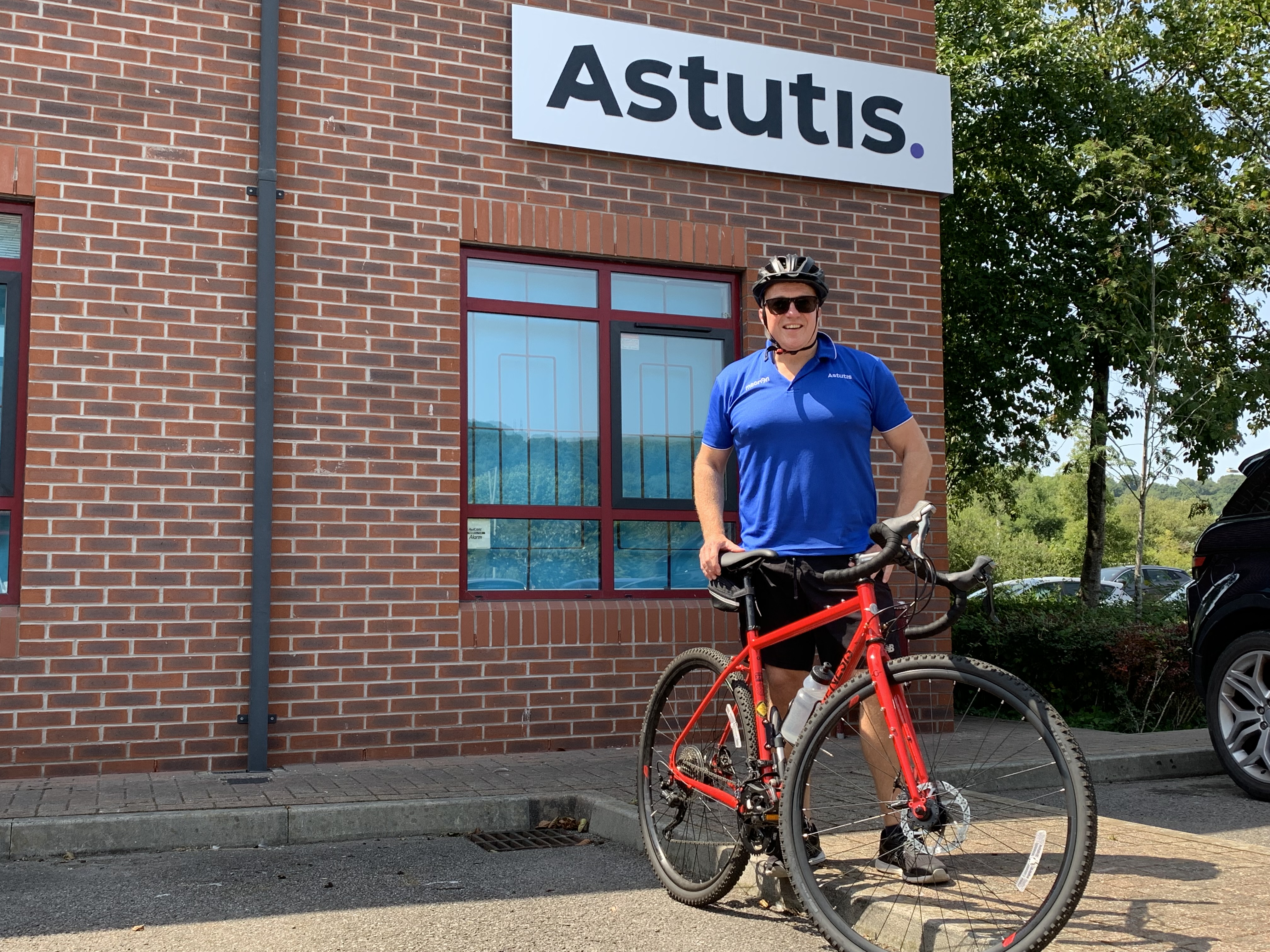 To begin, I would like to just go back to that Thursday morning commute. As I was cycling, I was lost in a trance, but I also had a moment of clarity. My mind was spinning through what bikes symbolise. Getting from A to B. The notion of forward progress or positive action. The idea that bikes represent progressive momentum and that’s when I thought of the World. All around me I saw cars whizzing past me with smoke oozing out of the exhausts. I looked up and saw heaps of smoke being pumped into the atmosphere. It dawned on me that Cycle to Work Day 2022 could be used as an awareness platform for progression.

The planet's health has been flagging for decades, with environmentalists telling us repeatedly that we must act. The most recent UK heatwave is a good example.

We Brits did not know how to handle the record-breaking temperatures. There was a National Emergency in some places in England for potential loss of life. The Met Office and local governments informed us that travel and any direct contact with sun should only occur if completely necessary. It was a huge deal, emphasised by the fact we simply are not used to that level of heat. Whether you thought it was worthy of all the press, the heat is here to stay. The reality is the heatwave exists to be the greatest proof of climate change in British history. Radical weather changes will only continue if the years of environmental neglect continue.

Whether you were trying to embrace the high temperatures or whether you were stuck inside hovering over three different fans, the time to act has passed. At this point we are at damage control. No environmentalist can say with complete certainty when the world will cease to function due to climate change, however we do have some theories.

According to a report cited by the New Scientist, by 2050 more than half of the world’s population faces twenty days a year of lethal heat. The report believes global crop yields will drop by a fifth, the Amazon ecosystem collapses, the Arctic is ice-free in summer, and sea levels will rise by 0.5 metres. Several reports have suggested that by 2050 there could be a billion climate migrants, people who have had to relocate due to climate change.

Climate NASA claim there is a ten-year lag between humanity making positive changes and humanity reaping the rewards of those changes. They suggest that if we were to stop emitting greenhouse gases today, “the rise in global temperatures would begin to flatten within a few years”. Here in lies the problem, we cannot just stop. Society simply would not function properly. The industries we rely on are dependent upon processes that lead to harmful emissions.

The environment is seemingly in a state of paralysis and there is only one magical potion to reverse hundreds of years of environmental abuse and that is to simply completely cut off any practice that emits carbon into the atmosphere all together.

Let’s investigate this for a moment.

Let’s use the example of the motor industry who for years have relied on emitting gases into the atmosphere as part of their daily operation. If you look closer at who would be worst hit if we just stopped using cars tomorrow, it would be the poorest in society who cannot afford the upgrade to energy efficient cars. It would be the parents who need to get their kids to school, who need to get to work. Society is nowhere near ready to go Carbon Cold Turkey any time soon.

In order to avoid global catastrophe, scientists have stated that emissions cannot rise above 1.5C (previously 2.0C). Several plans of how to slowly curb and ultimately eliminate emissions have been lobbied. In 2015 these plans became a global blueprint. The Paris Agreement was a world-wide pledge to ensure environmental progress was made to reduce emissions. Several countries used the platform to promote the possibility of achieving net-zero emissions, which would require a 50% reduction in emissions. In the years since, several countries have doubted the probability of achieving such an accomplishment in just over a quarter of a century.

Carbon Brief estimate that if urgent action is not taken to reduce emissions right now that between 2026-2042, the world will likely exceed 1.5C.

Awareness about how everyday people can positively affect the health of our planet is crucial. Not everyone can replicate decisions that affect how an industry emits greenhouse gases, for example. How can we make positive strides to improve the environment for our children? These are the questions that we need answered and investigated on a regular basis.

The answers often lead to more complicated and in some cases, more expensive lifestyles. For instance, let’s look at food. If we really want to go the extra (carbonless) mile, we could cut down on our meat consumption. Meat and how it is sourced is responsible for approximately 14.5% of global manmade greenhouse emissions. We should be looking, where possible, to buy from organic and local suppliers and purchase food that is preferably in season. This reduces transport costs from faraway countries. Let’s look at the home with a big focus on energy consumption. You can start by organising an energy audit which can provide you with unique ways to be more energy efficient. From there, you can investigate how you can make your home greener through green providers.

Sadly, most of us who are reading this don’t have the ability to just switch off oil burners. But we do have the option to limit how much energy we emit. This is our power, and I am delighted to share how Astutis are formulating our plan to limit our emissions and carbon footprint.

Astutis have jumped at the opportunity to adopt the Cycle to Work Scheme, offering to pay for new staff bikes helping to ease the load on the Astutis family during the cost-of-living crisis. Thankfully, company staff have met the scheme with incredible optimism and simultaneously seized the opportunity to protect our planet and enhance their mental wellbeing.

The trend today is e-Scooters. Gone are the days of kids on every street corner steering their bright red Chopper with one hand, firmly grasping onto a Peanut Marathon with the next. Trends are trends, and ultimately e-Scooters have the same minimal effect on the environment as manual scooters or bikes. No harm done then; however, one of the most personal benefits of becoming more environmentally focused is how the change could benefit your physical health.

This is something we, as a business, have firmly embraced. More and more staff are opting to cycle to work. Bouncing off this, we have adopted a hybrid approach to breaks during the working day and more staff are finding opportunities to go for runs or walks. We firmly believe possessing a satisfactory state of mental wellbeing is equally as important as health and safety and one of the most beneficial ways of finding it is through physical exercise.

The Astutis family have embraced the challenges brought on by the record-breaking heatwave. Staff in the office have adopted a ‘Lights Out’ policy in which the office adapts to the generous natural light at our disposal. Therefore, if we don’t need to use lights, we won’t.

We are in the process of calculating our carbon footprint. This is a fundamental step in helping us understand what we could be doing better as a business to reduce our impact and where amendments need to be made. We want to take the next step in environmental excellence, the same step we preach in our training courses. We think it is only right that we practice what we preach, and we cannot wait to share our findings with you, the wider Astutis family. 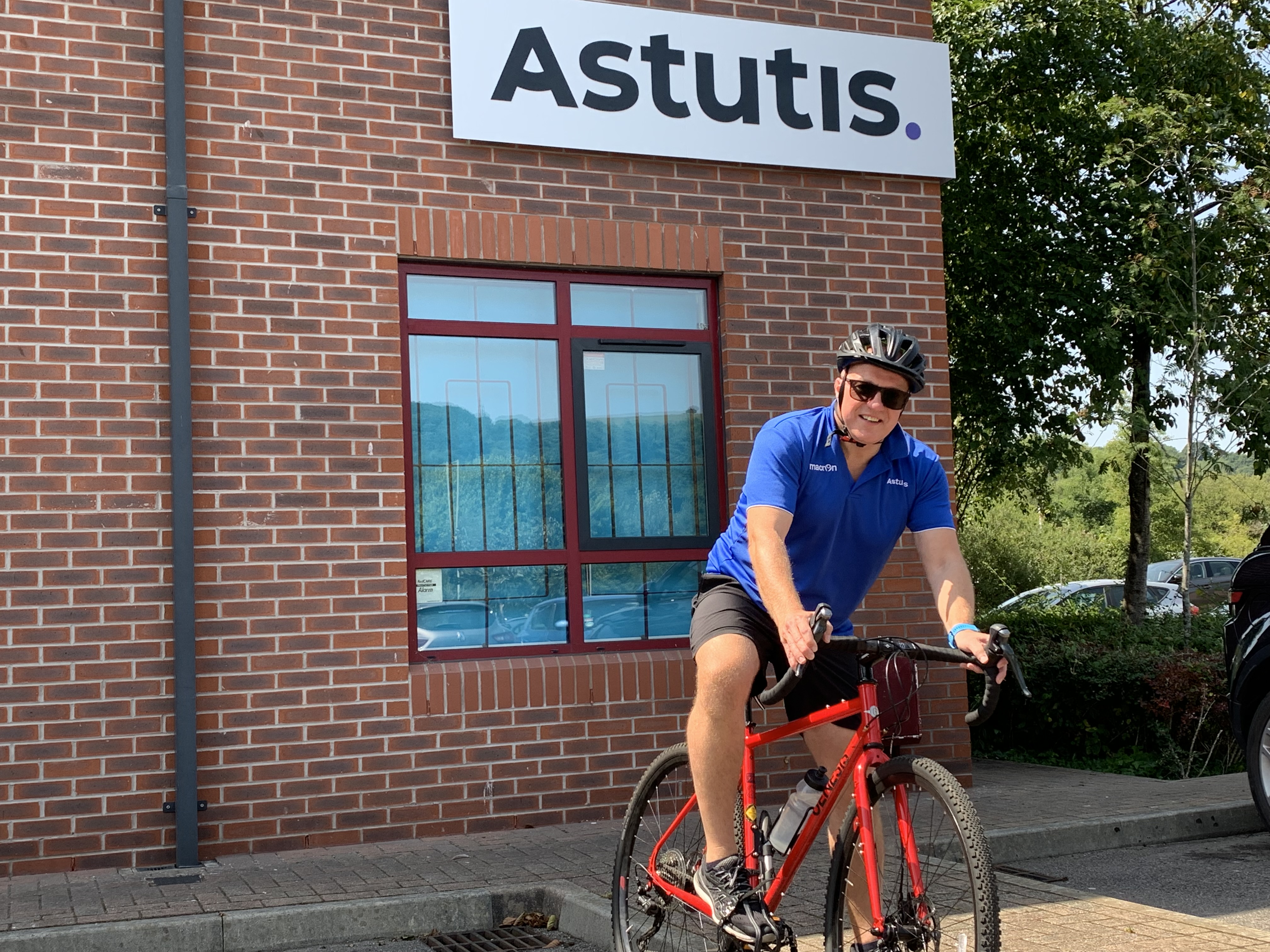 Stay safe and get on your bike!